WITHIN THESE WALLS by ANIA AHLBORN

“Terrifyingly sad….Within These Walls creeps under your skin, and stays there. It’s insidious….The book’s atmosphere is distinctly damp, clammy, overcast, and it isn’t all the Washington weather: its characters’ souls are gray, dimmed by failure. Ahlborn is awfully good on the insecurities that plague both aging writers…and oversensitive young girls…which leave them vulnerable to those who…know how to get into their heads. So grim.”

I was in the mood for a creepy story. When I read this book’s title and saw the cover I knew I absolutely had to read it. 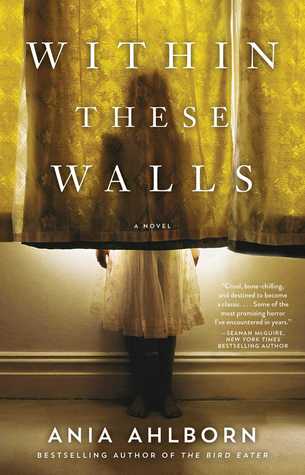 The image on the cover is bewitching. You see the cover and you know that the little girl behind the curtain is not a cutie pie. The lighting, the shadows, the way she is standing, it all tells you there is something sinister about her. She definitely looks like she’s not up to something good. The title is perfect, it gives you the idea that something nasty or macabre happens within the walls of a house which is exactly what the book is all about.

This house wasn’t meant to be lived in by anyone, not after the things that had happened within these walls.

Within These Walls is the recollection of “unusual” events that took place in two different time periods in a house located in 101 Montlake Road in Pier Pointe, Washington. The house is owned by Jeffrey Halcomb, a cult leader on death row for the death of 10 of his followers back in 1983. Halcomb has never given an interview or spoken about what happened. After reading crime writer Lucas Graham’s book, he decides to break his vow of silence and give him exclusive interviews because he wants Graham to write his side of the story. But there is one catch: Lucas (Lou) must move into his house on Pier Pointe.

Lou is not going through a high point in his life, his wife is having an affair and his writing career desperately needs a comeback. He naively figures he’s got nothing to lose, takes the deal and moves into the infamous house with his 12 year old daughter, Virginia. The house welcomes its new inhabitants and without losing time finds the way to reveal to them the secrets she’s kept within her walls.

Aside from Lou and Virginia’s story line, we also read about Audra Snow, a congressman’s daughter who lived with Halcomb back in 1983, and was a victim of the mass murder that took place inside the house.

I couldn’t put this book down. I stayed up all night reading it and finished it at 5:30 AM. I really enjoyed how the story slowly pulled me in. It was creepy scary from the get go, and it got creepier as I kept reading. The author does a good job in blending the two storylines; the jumps between the different time periods are well executed and you never feel lost. The secrets are revealed not all at once but in a very addictive rhythm that keeps you turning the pages.

If I had to pick a favorite character, it would be a tie between the House and Halcomb: the house because it holds all the secrets and Halcomb because he’s the maniacal puppet master that orchestrated everything and who keeps you turning the pages.

Something that bothered me was the name change in the characters. Audra/Avis was justified in the plot. What confused me was Virginia/Vee/Jeannie/Vivi. I know in real life we have pet names or go by different names, but this girl didn’t need them all. The author should’ve stuck with one name for her (Vee) to make the name situation less confusing.

I don’t usually like to do comparisons but if I had to describe this book in that way, I would say that this book is pop culture’s Age of Aquarius meets The Sixth Sense (did you just hear “I see dead people” in your mind?). It has everything you can expect in an adult frightening read: mass murder, cults, orgies, ghosts, mystery, horror, thrills, love, grief, etc. It also has a great ending that gives you closure. Although I sort of predicted the outcome (that’s why it doesn’t get 5 stars) it will be shocking and unexpected to other readers. I won’t say anything else; it would be a crime to spoil it for you.

I had to add this gif! bwahahaha

Words have different meanings. Those presented here are as used in the book read. All definitions from Dictionary.com

Isn’t this so true?

Sometimes people change, she’d once told him. There’s no going back. They’re different forever, a doppelgänger of their former self.

The MC is a writer. Of course there were going to be good bookish quotes like these:

“You know, ebooks?” he asked. “Those don’t go out of print. They’re just a file sitting on a server, right?”

Ebooks will save the world.

Positive thinking at its best in a horror book! Who would’ve thought?

But we can’t let the hate consume us. We have to take all the goodness we have left in our hearts,” he said, “and direct it somewhere else.

Your failures are only failures in your mind!

You will only succeed if you believe you deserve it! 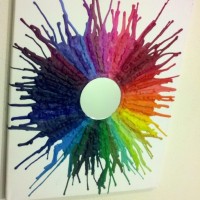