With a lovable heroine and industry gossip, Sweeney’s latest goes behind the scenes and straight to the heart.”―Kirkus Reviews

I picked up this book for two reasons:

Scared Scriptless is the story of Maddy Carson, a 35 year-old talented script supervisor at the hit prime time show The Wrong Doctor. She is very organized and dedicated to her job. She grew up in a small town in Wolf County, in the Sierra Nevada Mountains. After high school, following a family friend’s suggestion, she moved to LA to what she thought was just going to be a sort of internship to get the hang of TV production. But it turned out to be a good career which she has enjoyed for the past 10 years.

Maddy’s life revolves around her job. She hadn’t had a serious relationship since she broke up with her high school sweetheart. We meet Maddy as she starts dating an executive at her job but we also see how an actor is trying hard to sweep her off her feet. Maddy is still unsure if dating her boss is a good idea and on the other hand she has a dating rule: No actors. Will she break her rule and find real love? Well, that’s for you to find out. 😉

But this book is not only about the love triangle. On a trip to her hometown, Maddy finds out that everything is not running so great back home. So we follow her as she comes up with a brilliant idea on how she can save the day and keep everything in town running as smoothly and charming as she remembers it to be.

Scared Scriptless is Sweeney’s second book. Having not read the first one, I can’t say if this is a sequel. Even if it is, it is written as a standalone, you don’t get the feeling that you are missing details or info from the previous story.

The characters in this book feel real and that’s what makes this story believable. But what also makes this book credible, are all the details on how a TV show is made. This book gives you a very thorough look of what happens behind the cameras on TV shows. I know fans of Days of Our Lives will feel as if they are backstage at the studios where DOOL is filmed. All the details about how actors behave behind cameras, how the scenes are meticulously prepared, inside jokes, etc., are great things that DOOL fans will definitely appreciate and enjoy reading about. For me, it felt as if I was reading some of Alison Sweeney’s most precious memories that she wanted to take after leaving the show. Don’t know if that sounds cheesy and I don’t know if what she wrote has any resemblance to what really happened behind the scenes at DOOL but that’s how I felt while reading this book.

Scared Scriptless is a nice read, not so fast paced but an enjoyable story. A story about love, friendship, treason, family bonds, perseverance and happily ever afters. I would recommend this book as a “transition read”, i.e. a cute light story after reading a long and heavy book. Definitely a book that all Days of Our Lives fans shouldn’t miss. If you really, really, really miss Samantha get the audiobook narrated by Alison herself! 😉 A book for those who want to be in the reality show or day time drama industry, it gives you an idea of how that sort of environment works. A good summer read that would also look cute in your beach/tote/vacation/summer bag. 😉

Samantha Brady may have left Salem for good, but Alison Sweeney is still around and I’m going to check out her next books in the future.

I’ll keep this in mind next time I’m nervous:

This is not a lesson but it felt like it was Ali talking to her fans….sadly after 21 years she gave it up.

I keep signing on for another season, another show because I love knowing I’m part of something special. It would be hard to give that up. 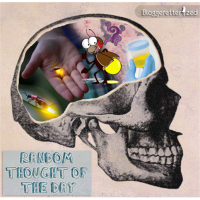