The Trial of Dr.  Kate by Michael E. Glasscock III

The Trial of Dr. Kate is the second novel of Michael E. Glasscock’s “Round Rock” series. I previously read Little Joe and thought this book would be a continuation of some sorts of Joe’s story but I was wrongly fooled. I was disappointed because this so called sequel isn’t a sequel at all. I expected to read a story in which the new characters intertwined with the Little Joe characters, but this story mentions Little Joe so briefly that it makes you feel like it didn’t even need to mention Little Joe at all. It is a completely different story.

In this book we meet Shenandoah. For starters let me say that Mr. Glasscock sure chose a different name for his lead character: Shenandoah. I’m sorry but I don’t know how to pronounce it and it was kind of difficult to read it all over the book. I ended saying in my mind “Shen” whenever I read the name! Weird name and all, Shenandoah’s life story is one of someone who overcame adversity and it makes you bond with her and like her.

The characters are OK. The author makes a good job in describing the town and its inhabitants. At first I thought that it was so mean how everyone hated each other in that town. But as you keep reading the details of their relationships you get why they act how they act. The author did a good job describing the social situation of those times regarding racism, poverty in a small southern town in the 1950’s. But it’s not all about the bad things of that era. The story about Hattie Mae (btw who wouldn’t like someone named Hattie Mae?) and Mr. Applebee, the dog is heartwarming and how Shenandoah fits with them is just the cherry on top. 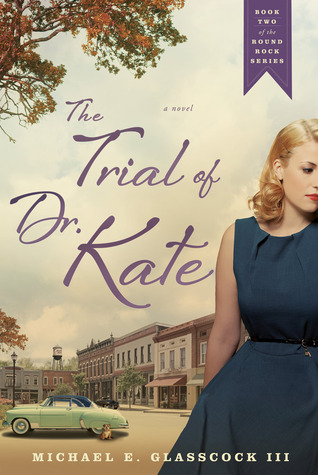 The cover of this book is pretty. I don’t know why but it reminds me of Gwen Stefani’s Cool video. I think it’s perfect for the title, but after reading the book, the girl is not the right character to be the face of this book.

As far as the title is concerned, I think it should be changed to be something about Shenandoah helping a friend. I mean, the trial of Dr. Kate doesn’t even happen until almost the end of this book and once you get to the trial it is resolved so fast that you hardly even feel you went to the trial. This book is not about the trial, but about Shenandoah helping a friend in need by doing all the investigations on the case because the authorities couldn’t be trusted. I think I would’ve preferred to read the results of Shenandoah’s work during the trial rather than reading everything the people told her before the trial.

There’s a love story in between the trial. Bobby seemed too good to be true from the get go. The love story happens too fast and is somehow unbelievable.

For me there were 3 mysteries to be solved in this book. What happened to Little Joe and his family? Who is the driver behind the Dodge? Is Dr. Kate guilty? Sadly for me the solution to the Joe and driver mysteries wasn’t as shocking and as surprising as I would’ve expected. I was missing some emotion.

Once I got over the fact that this was not related to Little Joe, I have to admit the Dr.’s mystery had me engaged to finish the book. First I thought she was innocent, then I thought she was guilty, then I didn’t know and I never thought it would end as it did. I didn’t expect the truth about Dr. Kate to be what it turned out to be.

While Little Joe could almost be considered a children’s book, The Trial of Dr. Kate is a book for adults, as it deals with racism, poverty, euthanasia, alcoholism, abuse of authority, physical abuse. The Trial of Dr. Kate is an OK read. Even though it’s missing more details and emotion, it will keep you entertained and wondering about the ending which I’m sure is not going to be anything you expect it to be.

Lessons learned…what I take from this book:

Every person needs a pocketknife, ma’am. That’s how you take the measure of a person.
I don’t understand.
It’s simple. If a person’s knife has a broken handle, you know they are rough and uncaring and don’t look after their things. If it’s rusty, you know they don’t clean up after themselves. And if the blade is dull, why, that’s the worst. It means the person is dull and doesn’t understand the first thing about knives or about life in general.

Words from this book:

All definitions from: The Merriam Webster Dictionary