Labios Rotos is another one of those songs that sticks on my mind every time I listen to it. It’s the second single from the MTV Unplugged album of a mexican band called Zoé. Don’t know why but when I first listened to this band, I thought they were from Argentina or Uruguay.

Anyway, Zoé the band, is a psychedelic rock band that is big in latin america. They’ve been nominated and won multiple Latin Grammys and even got one nomination to the MTV Europe Music Awards.

Labios Rotos is spanish for Broken Lips. I listen to the first notes of this song and am magically transported somewhere else. And then, the voice…León Lárregui’s voice is psychedelic. He starts singing and I think “Oh yes, you can have my lips right now!” hahahaha Yes, I admit it, I would make out with him having this song in the background. 😛 That’s how much I like to listen to this guy’s voice! Don’t you think it’s a good make-out song? 😉

Selon moi, this song is dark, powerful, soft, mellow, rhythmic, mysterious and even corny, but just the exact amount of “cornyness”. I can’t listen to it once when it pops up on my playlist. It’s one of those songs that I keep hittin’ repeat-peat-peat-peat-peat!*

*Yes, I’m old enough to quote Selena and am not ashamed of it. 😛 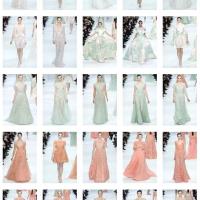